There will be a memorial event to celebrate the life and work of Professor Trevor Dadson followed by a drinks reception on Friday 3 April 2020 from 2–4 pm at The Octagon, Mile End Campus, Queen Mary, University of London. 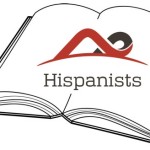 Ann Frost: The Emergence and Growth of Hispanic Studies in British and Irish Universities


This report on the development of Hispanic Studies in the UK and Ireland was researched and written by Ann Frost (University of Cambridge).

Congratulations to the winners of the AHGBI International Fellowship 2019!


We are delighted to inform you that one AHGBI Visiting International Fellowship has been awarded this year. The successful host applicant is Dr Fiona J. Mackintosh (University of Edinburgh) and the visiting fellow that she will bring over is Dr Luz Horne (Universidad de San Andrés). Dr Horne will be based at Edinburgh between 2nd February and 2nd March 2019, but will… Read more

Congratulations to the winners of the AHGBI /Spanish Embassy Publication Prize for 2018-19!


Winners of the AHGBI /Spanish Embassy Publication Prize for a Doctoral Thesis 2018-19: Dr Maya Feile Tomes (University of Cambridge): ‘Neo-Latin America: The Poetics of the “New World” in Early Modern Epic: Studies in José Manuel Peramás’s De Invento Novo Orbe Inductoque Illuc Christi Sacrificio [‘On the Discovery of the New World and the Introduction of the… Read more


The British Academy published the findings of its Born Global project on 31 March 2016. The project examines foreign language needs for employment, employers’ attitudes to languages and how languages are used in the workplace for different purposes. The Born Global website provides access to evidence from a range of new research, both quantitative and qualitative, including a nationally representative… Read more


The Association marked its 60th anniversary at a wonderful conference at the University of Exeter in April 2015. Like all landmark moments, this was an opportunity to reflect on the past, but also to look forward to what we might be able to achieve together in the future. In recent years, and with the support… Read more


The Fellowship, awarded annually by the AHGBI and WISPS (Women in Spanish, Portuguese & Latin American Studies), is aimed at early-career researchers in Luso-Hispanic Studies (broadly understood) in the UK and Ireland. The Fellowship provides a grant and access to an academic mentor. The 2016-17 Fellowship has been awarded to Dr Rebecca Ogden for her project ‘The “digital detox”:… Read more 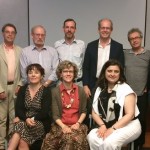 
The AHGBI has joined the new “Red Europea de Asociaciones  de Hispanistas (REAH)” formed at a meeting of the Société des Hispanistes Français (University of Lyon, June 2014), to which all the major European Hispanist Associations were invited: UK, France, Italy, Germany, Austria, Switzerland, Poland, Benelux. In the photo: participants in the Lyon meeting. The… Read more 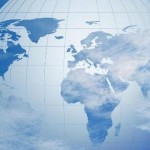 
The Association invites applications for the 2016-17 round of its Visiting International Fellowship scheme, designed to encourage the internationalization of Hispanic and Luso-Brazilian Studies in the UK and Ireland. The awards enable outstanding Hispanists based at overseas universities to spend time at UK or Irish higher education institutions. The emphasis is on collaboration and on the diffusion of… Read more 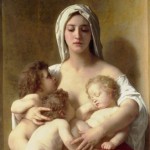 
The UK Charity Commission confirmed in August 2014 that the Association’s application for registered charity status had been approved. This will allow us to claim Gift Aid on subscriptions and other donations, paving the way for exciting new initiatives to promote and support Hispanism, such as a 60th anniversary appeal, a mentoring scheme and an International Fellowship… Read more